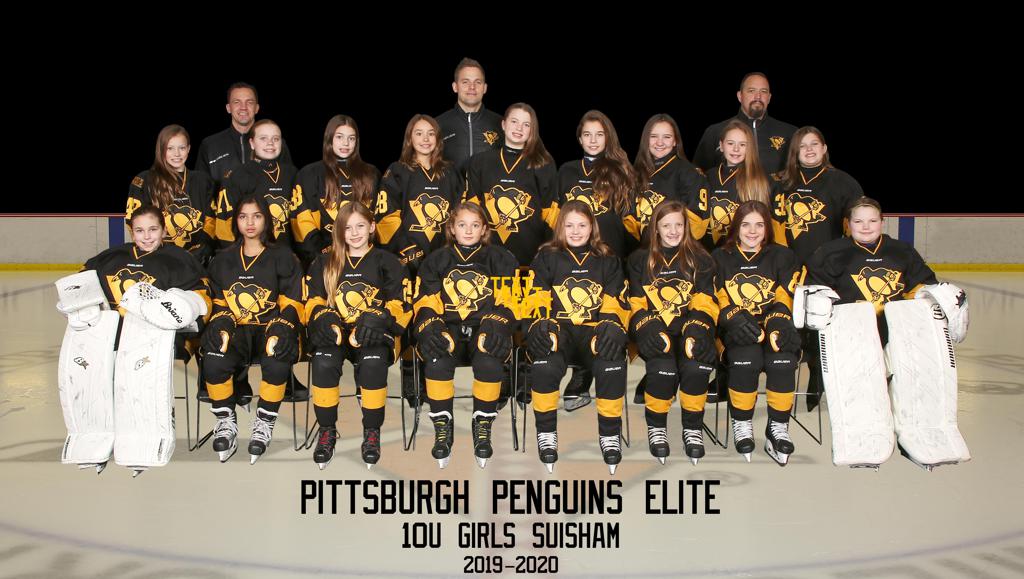 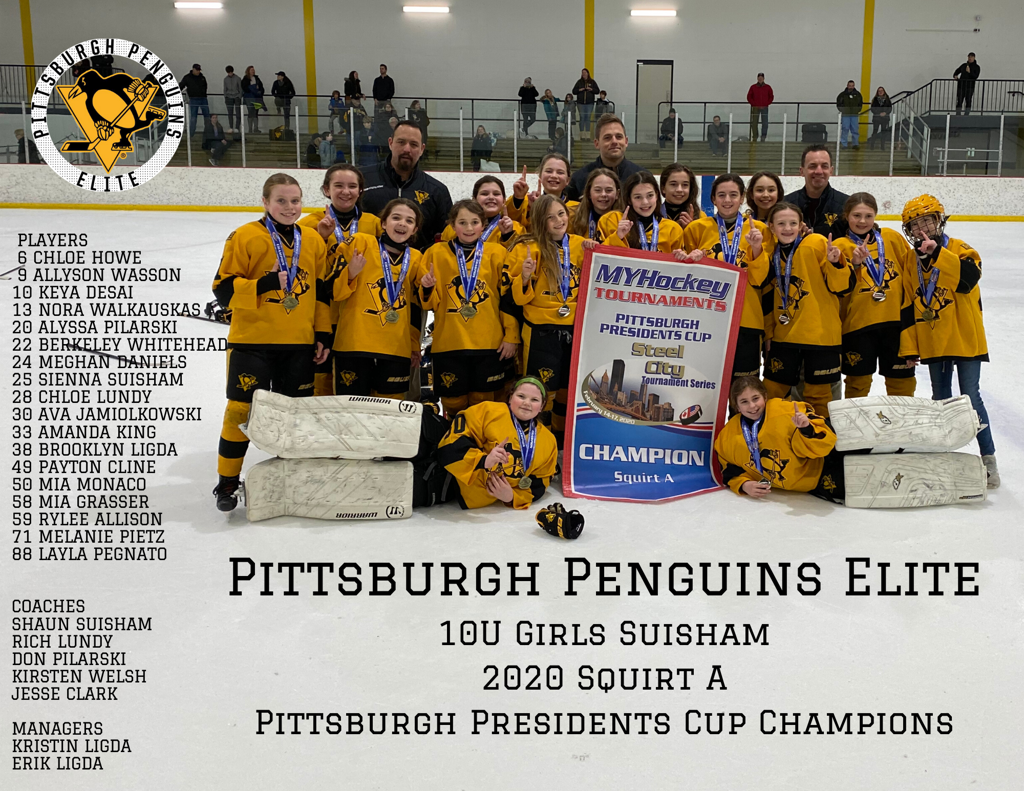 The Pittsburgh Penguins Elite 10U Girls Suisham brought home the Championship Banner in the Pittsburgh Presidents Cup Tournament held February 14-17, 2020. PPE10USuisham went 5-0, outscoring opponents 24-1, over the course of the weekend. 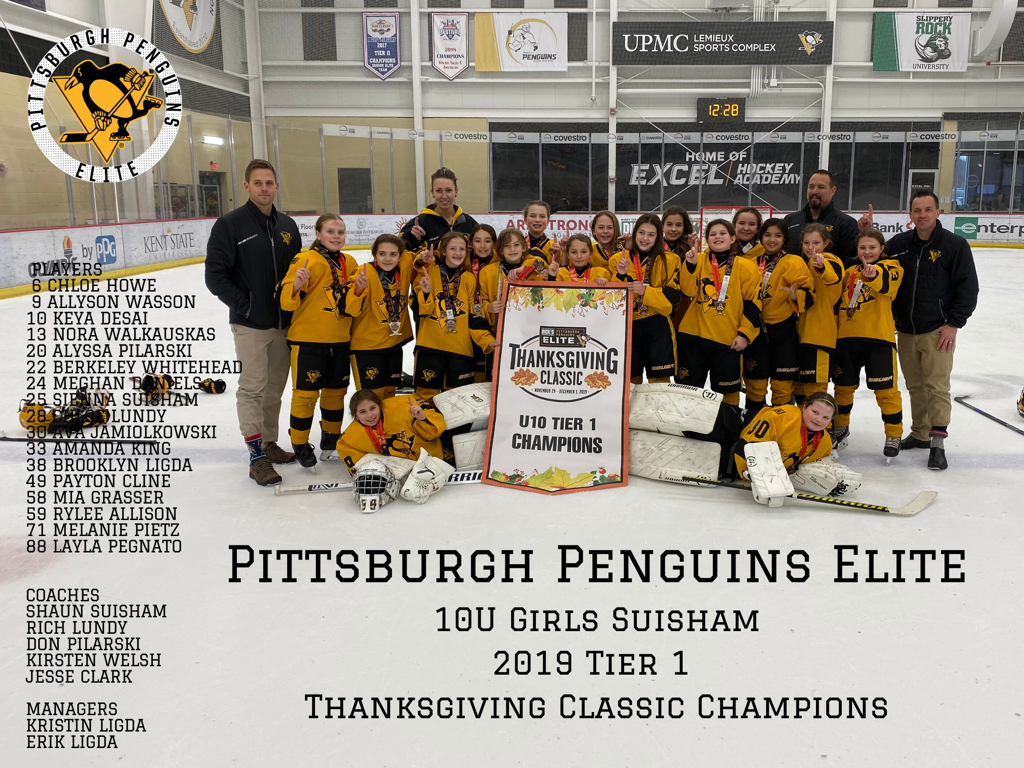 Pittsburgh Penguins Elite 10U Girls Team Suisham Presented a Rose to their Moms to Kick Off Mothers' Day Weekend!

In light of the ongoing developments resulting from the coronavirus and following the direction of the CDC and the Pittsburgh Penguins, the UPMC Lemieux Sports Complex will be closed until further notice. We will continue to closely monitor all changes in the CDC, federal, state and local heath guidelines. The health and safety of our participants, guests, employees and partners remains our top priority.

With that being said, Pittsburgh Penguins Elite tryouts will be rescheduled once the facility reopens.

Thank you for your understanding.

Thanksgiving this year had turkey, gravy, football, and for five Pittsburgh Penguins Elite teams (10U Suisham, 10U Moon, 12U Mueller, 14U Girls, 16U Girls), it also meant competing in the 2019 Girls Thanksgiving Classic at RMU Island Sports Center, Baierl, and the UPMC Lemieux Complex in Cranberry, PA.

Pens Elite put on a show and walked away with two championships at the 10U and 14U level. Two other Pens Elite teams made it to the final but ultimately lost.

The 10U team tied for first in their division with six points and 12 goals in pool play. When it mattered most, the 10U team won 3-1 in the semifinal and captured the title with a 5-1 triumph in the final against the Ancaster Avalanche.

Pens Elite’s 14U team dominated their division by scoring 18 goals in pool play, with another teams’ 6 goals being second. After squeaking by the NJ Colonials in the semifinals, 3-2, the 14U team won 7-2 in the championship game against the Whitby Wolves.

Although they didn’t win the championship, two other Pens Elite teams competing had a successful weekend. The 12U squad was put in the elimination round and won two close games before falling in the final. At the 16U level, Pens Elite had the most goals and points in pool play but fell to Little Caesars in the final, 4-2.

UPMC Lemieux Sports Complex will host a variety of youth hockey events coming up this winter, beginning with the Mid-Winter Classic and GRIT at the end of December.

For all information regarding Pens Elite, please visit https://www.pittsburghpenguinselite.com/